On the eve of the celebration of International women’s day, the Federal penitentiary service of Russia summed up the results of the first all-Russian competition among convicted women and girls serving their sentences in institutions of the criminal Executive system of the Russian Federation . 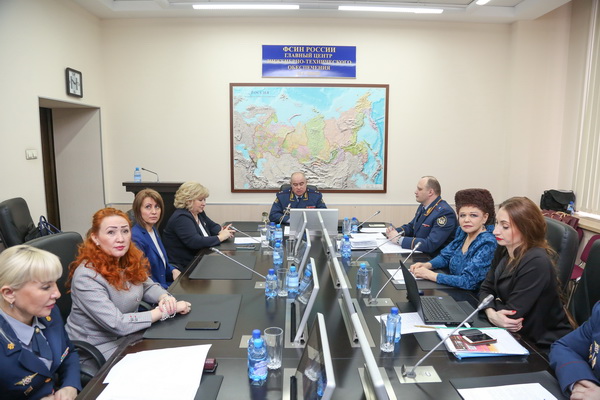 The event, held at the Federal service of execution of punishment participated as Honorable guests: Deputy of the State Duma of the Russian Federation Elena Vtorygina, Chairman of the all-Russian public movement “Mother Russia” Valentina Petrenko, President of the regional public organization for support of women entrepreneurs in small and medium businesses “International Women’s Union” Amirova Alfiya and the Leadership of the Federal penitentiary service of Russia :Deputy Director FSIN of Russia the General-the Lieutenant of internal service Valery Boarini, head of educational, major General of the internal service Alexander Matveenko, representatives of structural divisions of the Federal penitentiary service of Russia, via video link in 47 correctional institutions where women are serving time.

Valery Boyarinev, Deputy Director of the Russian Federal penitentiary service, Lieutenant General of the internal service, made a welcoming speech. The representative of the Department said that on the eve of the celebration of International women’s day, the Federal penitentiary service of Russia decided to hold the first all-Russian competition among convicted women.

The all-Russian competition was attended by 960 convicted women , as well as girls from educational colonies . For several months, prisoners from 73 territorial bodies of the criminal Executive system passed the following tests :” Business card”,” Creative competition”,” Country “( a story about the Motherland in national costume),” Fashion show “(demonstration of costumes made by their own hands),” hostess ” (culinary competition).

Earlier, on November 3-4, 2019, as part of the international Festival “By hands of a woman”, products made by the hands of women convicted were widely presented, which caused a great response. Deputy Director FSIN of Russia the General-the Lieutenant of internal service Valery Boarini handed gratitude to the President of the “International Women’s Union” Amirova Alfiya. 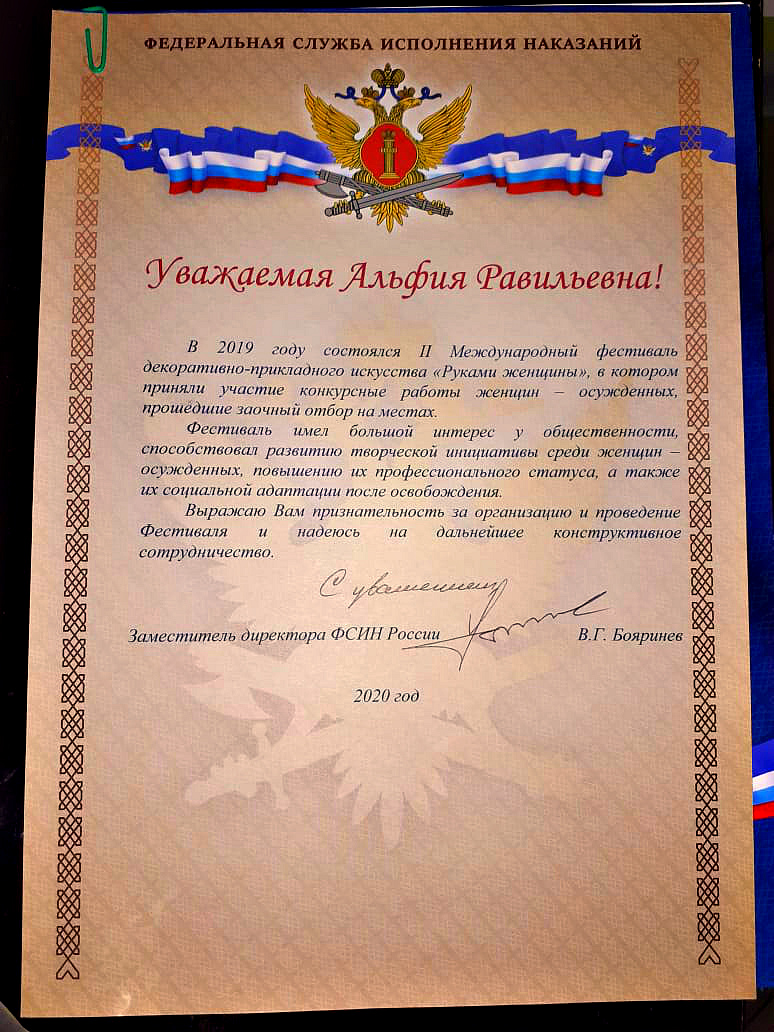 On the eve of the celebration of International women’s day on March 8, Valery Gennadievich wished all women health, happiness, well- being and peace of mind.

The topic of women convicts serving time is not very simple…. when we looked at the girls performing and learned their stories… just goosebumps….. All the women and girls of course wished a speedy release and reunion with their families and CHILDREN ( this is a separate topic).
We have outlined joint plans for cooperation! We will continue our cooperation!